American Polonia is preparing a big protest under the slogan „Stop Act S.447” against the so-called law of restitution. bezspadkowego Jewish property. Demonstrations will be held in Washington and Chicago.

Next Saturday will be held in the US protests against a bill S.447, the so-called. restitution of Jewish property, in particular the so-called. bezspadkowego property. Protest is organized by Polish centers, including compound NSZ Soldiers wheel Chicago.

„We sympathize with compatriots in the homeland. May 11 in Washington, DC and Chicago will be held protests of many Polish communities against a bill S.447 „- the organizers. Both demonstrations will take place next Saturday, May 11. In Chicago, Polonia will meet at Daley Plaza, in the chair. 16:00 local time in Washington pm. 13:00 at the White House.

„Dear compatriot, when the fate of your homeland is not indifferent to you, come protest in against this Act. Let your voice be heard Poles united in Washington „- said in the appeal.

The organizers invite you to take with Polish flags and other emblems in the national colors. At the same time they are appealing that do not bring „any banners referring to political parties or controversial containing a password that can be used to discredit our common protest and also harm the image of Polish”.

In a specially prepared information materials, posters and leaflets in English, explain the organizers because of opposition to the law S.447. They point out that it imposes on the US State Department duty to exert diplomatic pressure on other governments regarding the reimbursement of any property, including religious buildings and municipal unjustifiably seized or transferred to someone during the Holocaust, as well as repossession bezspadkowego or payment of compensation (financial or in kind) for such property left behind after world war II, „a private, international Jewish organizations.”

The organizers of the protests also point out that they relate to the issue of the so-called just. property without heirs, and the Poles are not against the Jews, advocating the recycling of the stolen property, but the rightful owners.

Attention was also noted that the law was adopted with the minimum quorum of Congress, and the issue of property bezspadkowego creates a loophole that allows „immoral to accumulate wealth by private, international Jewish organizations” that illegally demanding satisfy the claims of hundreds of billions of dollars, mainly from Polish. Also noted that the bill S.447 is discriminatory in relation to those Holocaust survivors who are not Jews. It was emphasized that the law treats Poland and its citizens as if they were the perpetrators of the Holocaust, not a victim of Nazi Germany.

According to the Act, the State Department was obliged to prepare within 18 months a report on how individual countries fulfill the obligation of restitution of property of Holocaust victims. Later, the report has to be updated. How wrote RMF FM, the state is delaying the return of property „may find themselves on the carpet.”

Opponents of the bill point out that the claims are the subject of real estate and other assets left childless and bezspadkowo by Polish citizens of Jewish nationality were murdered during the Second World War by the Germans. They emphasize that in fact these claims have already been met by the extraordinary German-Israeli international agreement of 1952, and by indemnizacyjne agreement between the Polish and the United States, Great Britain, France, Canada and a number of other countries. It emphasizes, too, that „American Jewish organizations are not demanding and were never legal heirs of the Second Republic citizens of Jewish nationality, or any other legal entities operating in Poland before World War II.”

US Secretary of State Mike Pompeo , at the beginning of the Middle East conference in Warsaw called on the Polish authorities to make progress ws. „Comprehensive legislation on the restitution of private property,” the Jews who lost their property during the Holocaust.

Recently, ed.   Stanisław Michalkiewicz revealed a diplomatic note from the Polish-American talks on Jewish claims . It shows that the Americans provide the Polish government that the autumn parliamentary elections will not be conducted no explicit call or work ws. Restitution of Jewish property, and any negotiations, including with the Jewish regarding specific amounts of compensation would be made secret. 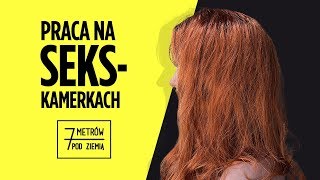 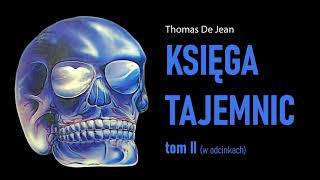